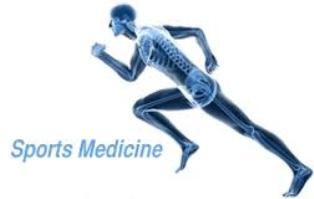 The following lines show the abstract of the article called “The Concept of Maximal Lactate Steady State: A Bridge Between Biochemistry, Physiology and Sport Science”, which was written in English by Véronique L. Billat, Pascal Sirvent, Guillaume Py, Jean-Pierre Koralsztein and Jacques Mercier, and published in Sports Medicine, 2003: 33 (6): 407-426

“The maximal lactate steady state (MLSS) is defined as the highest blood lactate concentration (MLSSc) and work load (MLSSw) that can be maintained over time without a continual blood lactate accumulation. A close relationship between endurance sport performance and MLSSw has been reported and the average velocity over a marathon is just below MLSSw. This work rate delineates the low-to-high-intensity exercises at which carbohydrates contribute more than 50% of the total energy need and at which the fuel mix switches (crosses over) from predominantly fat to predominantly carbohydrate. The rate of metabolic adenosine triphosphate (ATP) turnover increases as a direct function of metabolic power output and the blood lactate at MLSS represents the highest point in the equilibrium between lactate appearance and disappearance both being equal to the lactate turnover. However, MLSSc has been reported to demonstrate a great variability between individuals (from 2–8 mmol/L) in capillary blood and not to be related to MLSSw. The fate of enhanced lactate clearance in trained individuals has been attributed primarily to oxidation in active muscle and gluconeogenesis in liver. The transport of lactate into and out of the cells is facilitated by monocarboxylate transporters (MCTs) which are transmembrane proteins and which are significantly improved by training. Endurance training increases the expression of MCT1 with intervariable effects on MCT4. The relationship between the concentration of the two MCTs and the performance parameters (i.e. the maximal distance run in 20 minutes) in elite athletes has not yet been reported. However, lactate exchange and removal indirectly estimated with velocity constants of the individual blood lactate recovery has been reported to be related to time to exhaustion at maximal oxygen uptake.”

Please click here to download the complete article: The Concept of Maximal Lactate Steady State: A Bridge Between Biochemistry, Physiology and Sport Science